Some of you are probably aware of this story already.  A little 9 year old boy, Christian Clopp, has been battling a brain tumor for some time now.   Most of you know him even though you never met him because his story has played out on Facebook since the little warrior was first diagnosed.  A Facebook page called Christian’s Crusaders sprang up and moved quickly to 5000 friends.  I happen to know Christian’s father Mark.  We came through St. Vincent De Paul catholic elementary school in Mays Landing, NJ together.  We also went to the same high-school.  Mark went on to be a police officer in Mays Landing, retiring last year.  I went on to the military and retired myself in 2010.  We reconnected, so to speak, through FaceBook right around the time his son Christian was diagnosed.

I’ve not written anything about the Clopps even though I have felt a strong urge to do so.  A lot of reasons for that, but mainly it’s because there was no way to improve on what Mark has been writing.  The guy is gifted to say the least, but the sincerity and emotion he writes with about his youngest son could never be replicated or explained.  All the old adjectives like courage, heart, bravery, they all pale in comparison to the struggles Christian endured and the way he fought the fight.  That became more clear with every post Mark made to the Facebook wall of Christian’s Crusaders.  It literally would be impossible to write that kid’s story any better than his father did it.  It’s been a privilege to be let in to this family’s journey over the past year or so.

To say Christian lost his battle would not be an apt description.  That kids been a winner from day one of this thing.  His victories over his disease are too numerous to count.  The inspiration he provided us as we read, sometimes daily, how Christian defied not only the odds, but the experts, is impossible to quantify.  The display of faith by Mark and his family, again laid bare for all of us to see, is reaffirming, the evidence of the power of prayer by thousands of strangers; redeeming in some way.  This kid changed lives, he drew people together.  Some of my friends, who never have and probably never will meet the Clopps, would all of a sudden have a picture of Christian as their Facebook profile and post prayers to his FaceBook page.  Again, inspiring is not even close to what Christian has meant to a lot of us.

Today I read a headline asking the question, Should flags be at half staff for Whitney Houston, and I just shake my head.  Then I read about Christian, look back over the posts his father put on the Facebook wall and I believe that while ridiculousness rules the headlines, deep faith, abiding love, and an unending hope rules the heart of a 9 year old and his family.

As we are saying goodbye to Christian, God is saying Welcome Home Good and Faithful Servant. 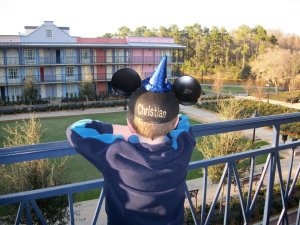