So far I have two posts detailing some of the funny things Frank has said.  You can read them here: The Mouth of Babes, The Mouth of Babes II.  With him getting older and twins on the way, those posts should grow exponentially.  I really never thought I would be writing about the sometimes funny, but mostly stupid things that grown men say; certainly not grown men running for, what most would argue is the most powerful position on the planet.  Yet here we are still eight months from the Presidential election and I could fill pages and pages with the ridiculously absurd things all the candidates for President, including the current President, have said over the past few months.  Don’t worry, no pages and pages here, just some of the select quotes.

Rank has its privilege so Mr. President you’re up:

“One of my predecessors, Rutherford B. Hayes, reportedly said about the telephone, ‘It’s a great invention, but who would ever want to use one?‘ That’s why he’s not on Mount Rushmore — because he’s looking backwards.”  Yeah, the Mount Rushmore line is really good.  It would have been a better line if Hayes wasn’t the guy who had the first telephone installed at the White House and was the 19th century’s version of a nerd and techno buff.  The really cool and funny thing here is, Stephen A. Hayes is the great-great grandson of Rutherford B Hayes, chairman of the former President’s museum, and surprise surprise, a Fox news regular.  He is frequently a member of the panel of Bret Baier’s news show on Fox.  So we are getting all this right from the horses mouth so to speak.

Mr. President, you’re in an elite club, if you’re going to trash them, at least know the members.  Stick to constitutional law, leave the history to the professionals.

“I love cars, I have a truck, my wife has a Cadillac, two of them actually.  She loves them.”  This said at a rally in Detroit where the auto workers came to hear Mitt’s thoughts since Mitt opposed the bailout.  If you don’t see the issue here, you have too much money.

“The tress are all the right hight.”  Said at a different rally in Michigan, this is just plain weird.  However I am told by some that this is an inside jab at Wisconsin, and Michiganders knew what he was talking about even though the rest of us had no clue.

“Oh, I won’t pick where Peyton Manning is going to go, a lot of my friends are owners.”  In response to his thoughts on the whole Peyton Manning/NFL issue.  Again it’s a little insight into how Mitt views the world; apparently through money encrusted glasses.

“I love NASCAR, some of my best friends are team owners.”  Again with the owner stuff.   This occurred in the south obviously, during the primaries in TN, AL, and MS.  The unwashed just can’t relate.

So these are not untruths as they are gaffes that expose his disconected-ness from the working folk of America.   Mitt finally blew his cork about all this stuff on Fox News Sunday no less.  He tore into host Chris Wallace telling him he refuses to apologize for being successful, hard working, and rich.  Tough to argue.  Also tough to see why this matters in the primary.  Aren’t republicans all for capitalism and money and wealth and stuff?

“TelePrompTers should be illegal.”  Says the man against big government, for freedom, while reading from a note card – the paper version of a prompter.

“Contraception is a license to do things in a sexual realm that is counter to how things are supposed to be.”  Wow, just wow.  Tell that to all the women who use it for medical reasons, like endometriosis, to name one.

“If Puerto Rico wants to become a state then they have to adopt english as the official language.”  Said at a Puerto Rico Progressive party rally for statehood and to a reporter from a San Juan newspaper.  Rick went on to say english is required under the constitution for statehood.  Again wow.  For a party that claims the current President is destroying the constitution, they sure lack any knowledge of what it actually says.  Let me help, there is absolutely no mention of english being mandatory for statehood, none.  Don’t count those delegates from PR just yet Rick, and I wouldn’t count on a lot from Texas and California either.

“The Obama Administration has turned a blind eye to those who wish to preserve our culture from the scourge of pornography and has refused to enforce obscenity laws. ”   This from a speech he made and it’s posted on his web site.  Frightening for a few reasons.  1. He offers no evidence of the blind eye by President Obama.  2. He believes as President he will enforce theses laws.  How, Rick, how will you do that?  Police enforce the law, congress writes the law, you only get to sign it.  And who gets to define obscenity?  Will you make the word “Crap” illegal?  The fact he doesn’t know any of that is frightening enough.  3. He thinks this is the big issue in America today.  But Mitt is somehow the one who’s disconnected?

“I don’t know Brett.”  In response to Brett Baier’s question, “What state can you win, if you can’t win the southern states?” after Newt got the big south rebuke, coming in 3rd in TN, 2nd in AL and MS.  Newt compounded his problems when he said he had to win the south to remain viable.  Very inspiring Newt, well done. 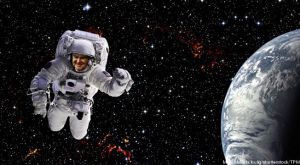 To the moon Alice! To the Moon!

“By the end of my second term we will have the first permanent base on the moon and it will be American.”  Great, big help Newt.  I’m sure the people who can’t get a job will be linning up to get jobs in the space program now.  It should  come as no surprise he said this to a group of Floridians on what’s known as the Space Coast – Cape Canaveral.   Also his time table would be 9 years from now, so again big help and I don’t like the way you said that as if you might get more than two terms.

“I’m not a natural leader. I’m too intellectual; I’m too abstract; I think too much.”  Vote for me, I’m too smart to lead!

I was going to put some Ron Paul stuff up here but lets face it, he’s a distant memory.  He recieved less than 4% of the vote in the last 6 primaries.  If these were debates he wouldn’t even meet the % requirement to to get in.