Church has changed a lot in my years of existence. When I was a kid you kept all your dirty secrets secret. Then on the first Friday of every month you lined up as a class, walked down to the Catholic Church and unloaded you horrifying sins on an unsuspecting priest through a strange identity concealing screen, took your 48 Hail Mary’s as penance, went to communion and got on with your life. No one is the wiser.

If you were light in the sin department that month you may have fabricated a few just to make it seem like you were a penitent kid. Nuns loved that stuff. Now though the church has become more progressive. You sit face to face with the priest, kids are not as ashamed of the stuff they did and the stuff they do is way worse than anything I could have conceived in my day.

The point being, kids are more open and forthcoming these days, more ready to confess to anybody who’ll listen. It’s like they have no fear of repercussion, of the mountainous stream of Hail Marys and Our Fathers that await them for their transgressions. It seems that way to me anyway. My son, by way of a board game, has become such a confessor. Before we get to that let’s discuss the evil that is Candy Land. 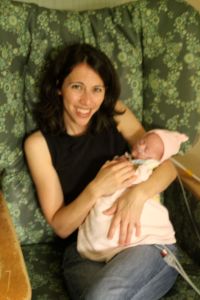 Candy Land: A Game of Confessions (not real title), was given to our kids by a person who shall  not be named. Pic to the left. Here we have a relative, an Aunt to our kids, holding our daughter in the NICU in 2012. It’s the picture of the dark side. Much like no one could have known Annakin would become Darth Vader, no one seeing the picture on the left could have known the evil plot that lurked within.

We’re not really sure why or how, but what could be pieced together from the archives shows it was some sort of revenge for a previous noise making Christmas gift. Ultimately the details of the attack are unimportant. The fall out however, is ongoing. How could such a benign gift pack such destruction? How could such a pleasant looking person perpetrate such evil? Well pull up a chair and I’ll tell ya.

Candy Land is a game without end. Not like Chutes & Ladders or Hi Ho Cherrio, games that can absolutely never be completed. No Candy Land can be played rather quickly. Getting to the ginger bread thing at the top doesn’t take much time. So the first time you play it you think, “Awesome that took no time at all! Yeah let’s play again.” Boom you’ve just be tricked, hoodwinked, bamboozled. As Malcom X once said, “I didn’t land on Candy Land, Candy Land landed on me!” Or something like that.

The dreaded Loli-pop forest, where parents go to die. Or something…

So does the kid. They know they have you. They know the hours of trying to pick all the damn cherries from your cherry tree only to land on the f*%*ing basket symbol on the spinner and have to put them all back. They know you will wise up and make excuses on why you can’t play. They also know you can’t escape the allure of a quick four games of Candy Land, where you get the added benefit of feeling like you just spent quality time with your kid and are therefore a good parent.

It’s the dark side people. Believe it.

However some light has shone through the darkness of Candy Land and was the impetus for the title of this particular screed.

In the midst of a rather length Candy Land marathon I needed to run upstairs and deal with midget #2. When I got back my #1 had a strange look on his face. His look got stranger when I turn over the next card and was rewarded with the Cinnamon Bun symbol, putting me almost to the end. Two cards later: victory, and the chance to play again, and again, and again. His look of consternation at that moment finally made sense. He fixed the cards while I was out. Frank realized he counted wrong when I got the cinnamon bun before him.

The next time we played we had just finished and I had to run upstairs again. I told him to shuffle as I would be back in a few ticks. He looked down at his feet and said he shouldn’t be allowed to shuffle. “I’m a cheater daddy. I’ll just make the cards so I can win.” Yes Frank, yes you are cheater. Not much of a card counter apparently. Gonna have to perfect one or the other son.

I wasn’t really too concerned with the deck fixing. He’s six. I sort of looked at it like he’s becoming competitive. My job will be to channel that into winning within the rules. But what surprised me the most was his openness with the whole thing. Reference the paragraphs of evil above, Candy Land games run together like the sands of an hour glass. I had completely forgotten he tried to cheat me mere hours, yes hours, before. I’m still not currently sure what day it is, having just extricated myself from gum drop mountain. He could have taken that little secret to the nether world with him and no one would have been the wiser.

Silly kid. Quit making me parent. Save it for First Friday.

9 comments on “The Candy Land Confessions”