Not in the Grind.

I imagine this will be a fairly obvious statement, but being a stay at home dad spoiled me. Yes it was hard and yes it’s still work, just unpaid work and… blah blah blah. I get it. I’m not saying being a stay at home is any less demanding than going to a paid job might be. Trust me I did it for six years. No matter what I did in the military, no matter what I do now working in national security, none of that was or will ever be as important as what I did for the six years I was home with Frank and then Anne Marie.

Still, I never felt it for those six years. There wasn’t this pang hanging in the air. You know the feeling. It’s just faint white noise on Saturday morning. It becomes a bit of a buzz by nightfall. No not that kind of buzz. The kind that of buzz distracting you from enjoying Saturday because you know what’s coming. By Sunday it’s loud and unmistakable. You, my friend, are in The Grind.

Honestly I didn’t know what it was. But I knew it was there. As soon as I went back to work I could feel it. Maybe not right away, as the adrenaline of all the new things carried me through the grind unnoticed. But as soon as I got into a groove at work, as soon as I began to feel comfortable there, I could sense it. It was just this lurking feeling, again like a very light white noise playing in the background. It was annoying but not debilitating. It was this feeling. A feeling like I was running after something but could never catch up.

Then I mentioned it to my friend and neighbor JB. He tagged it immediately. You’re in the grind bro! For a dude 20 years younger than me he is wise beyond his years. The Grind. Yep. By Sunday morning it was this dread and angst all at the same time. Trying to get stuff done at the same time trying to enjoy the final moments of the weekend. The Grind. 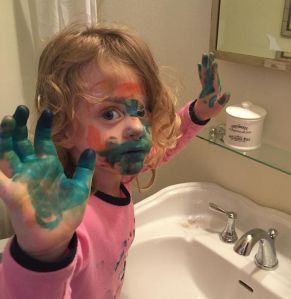 Definitely in the Grind.

The funniest part, I love my job. I love the people I get to work with. Top it off with the mission. The mission is as close to what I did in uniform as I could ever get on the outside. I’m not sure I could have described what I thought the perfect follow on job for me would be once I retired from the military. This place is it for me. That’s what makes the grind so dastardly.

I don’t worry or fret going back to work on Monday’s, but I can tell you I’m grinding on Sunday. Hell I went to work this past Monday, July 3rd even though most of the place would be off and I would be off Tuesday July 4th. I like it there. I feel at home in my office and my building. I know JB loves what he does. I know he enjoys his work as much as I do mine. But still, the grind is there. It’s tangible. You can feel it. And then it’s gone.

Now I can’t speak for JB here. All I know is I don’t sit around on Thursday watching the sweep hand and waiting on the plant whistle to blow. I work a 4/10 schedule with Fridays off. So Thursday is my Friday. Yeah I know, don’t hate me. The weeks disappear for me. When I hit the ground on Monday I’m going hard, jobbin, choppin wood, whatever. When I look up, it’s Thursday. The weeks happen that fast for me. Still come Friday night, after all the golf has been played, all the naps taken, the grind starts to approach.

It’s a little like that green fog in the movie The Ten Commandments. You know, when Yule Brenner as Ramses II condemns all new born Hebrews to death but Moses beat him to the punch on what was to become the first Passover. That green fog held low to the ground. It was the representation of the angel of death and instead of Hebrews, every first born Egyptian literally eats the dust when it envelops them. The grind is just like that, minus the Hebrews and Egyptians and the death thing. But that fog man, that fog creepin along the ground… You’re in the grind bro!

Now I know all you junior psych majors are saying the same thing. Dude, it’s the job. You’re dreading going to the J.O.B. What’s the saying, All Knowledge, No Mileage. Try to explain the grind to a kid with all school and no work and that’s the answer you get. Not their fault. They will feel the grind one day in the near future and the light will go on for them as it did me.

Look I can’t explain it. All I can say is the work is good but the grind is real.

2 comments on “Back to work: The Grind”