Starting a new segment here at Frank’s Place. As I have progressed through this little social experiment called blogging I have run into some of my like kind. As it turns out there are a lot of dads out there blogging (yes I live with my head in the sand). As it also turns our most of them are better writers and much funnier than me.

Again I don’t care for people much, so what did I know. I thought I was the best thing going.

I was also never one of those big, “get out of your comfort zone” guys. That’s so dumb, people operate most efficiently in their zone.

Anyway, joining a dads blogging group on Facebook was the big get out of my zone moment.

I even interact with a lot of these dudes. Go figure.

All that to say this, there are some exceptional dads out there who write some funny and insightful stuff, sometimes both at the once. From time to time we here at Frank’s Place will highlight a dad from that group. You’ll see their picture, a brief description and some links to their blogs, FB page etc… Partake at your leisure. 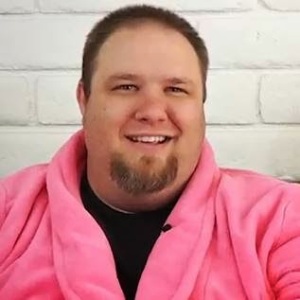 Zach Rosenberg – funny and funny lookin. Hard to beat that.

The first contestant is Zach Rosenberg.

Zach Rosenberg is a fellow dad blogger and one of the two creators of 8 Bit Dad.

Don’t let that muskrat on his chin fool you. Dude can throw down when he takes pen to paper. (figurative people, figurative)

Here is the blurb from his About page on his blog:

Zach grew up under a nearby orange tree in California’s San Fernando Valley. He has worked at publications such as Filter Magazine, Geek Monthly Magazine, UNleashed Magazine, WYWS Magazine,The Los Angeles Sentinel (“the largest Black-owned newspaper on the West Coast”), and also worked on His Side with Glenn Sacks (“The largest mens’ and fathers’ issues radio show in America” in 2001). His son was born in January 2009.

A link to a few of his latest posts at 8 Bit Dad: Get your ass back to work   World’s Toughest Job

I know you’re used to the comfy, country church feel of Frank’s Place, so be warned that’s a big operation over at 8 Bit Dad. They have staff writers and such. Fear not.

Do yourself a favor, go check out Zach Rosenberg and 8 Bit Dad.